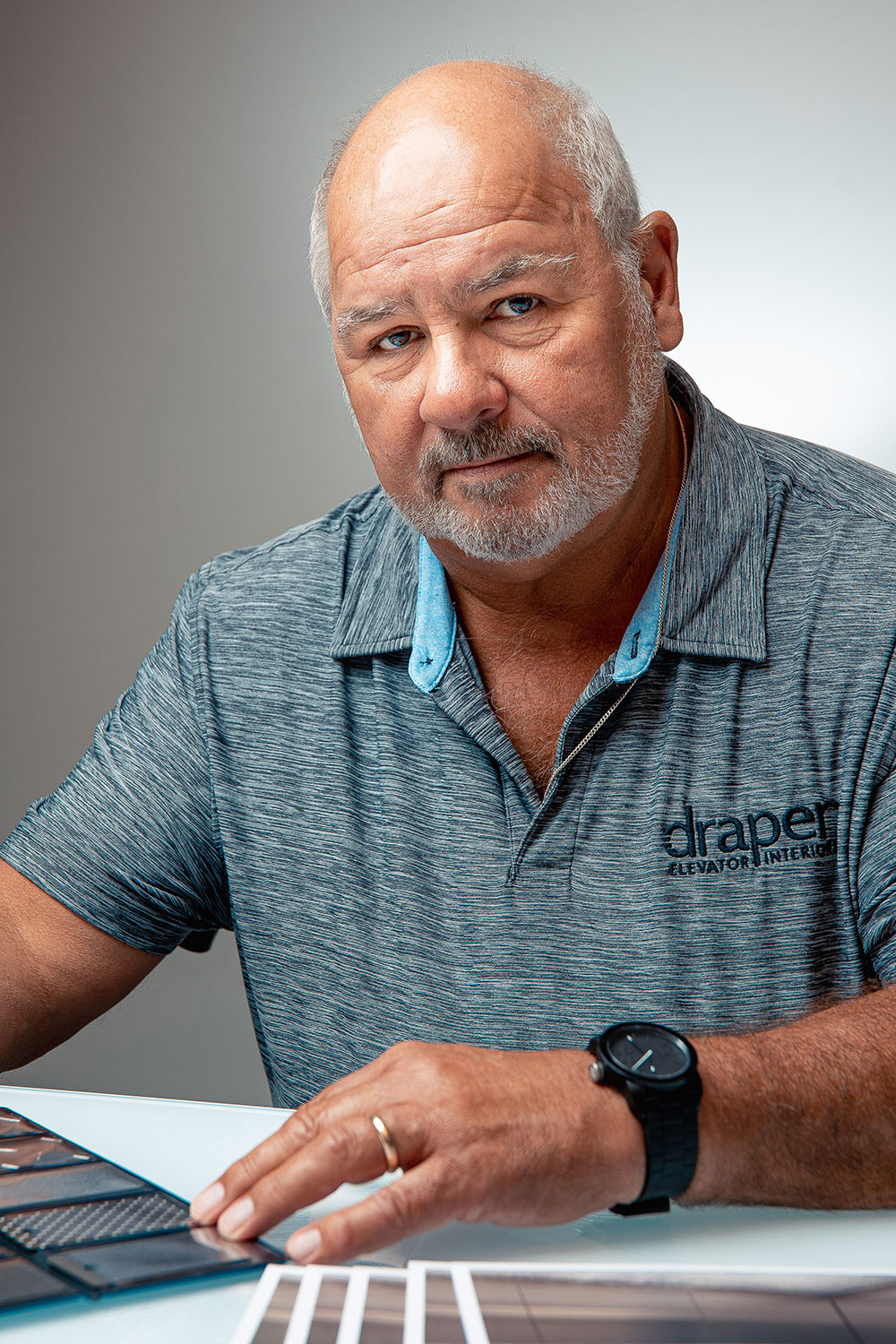 In 1995, John and his wife Diane founded Draper Metal Fabrication & Draper Elevator Interiors.
Prior to starting the business he was a metal fabricator working for B.Feneno Sheet Metal Co. in Dorchester, MA where he was employed for 18 years. Along the way he met the owners of Upright Elevator, a start-up elevator company in South Boston. He began fabricating elevator parts and components for them on nights and weekends. Soon thereafter, he became a member of the IUEC Local 4 as an elevator constructor while keeping his part-time fabricating duties. Here he gained the knowledge of the components needed for the construction and maintenance of elevators. After years of working multiple jobs John had built a strong and loyal customer base of his own. The elevator company he had been working for separated and he used this opportunity to purchase their equipment and begin the journey of starting a business of his own.

John is known and relied upon throughout the industry for his profound knowledge of both metal fabrication and elevator installations. His experience and oversight is the driving force behind Draper’s reputation, one that has been built on quality craftsmanship, trust and reliability.

John graduated from Blue Hills Regional Technical Vocational High School as the first class to complete the newly formed four year program. Currently he oversee the company’s operations and is mentoring his son Jared has the business moves into its second generation.

Happy Thanksgiving from all of us at Draper Elevat

Save the date for the 3nd Annual Elevator Social o

We are very excited to announce we have added Laur