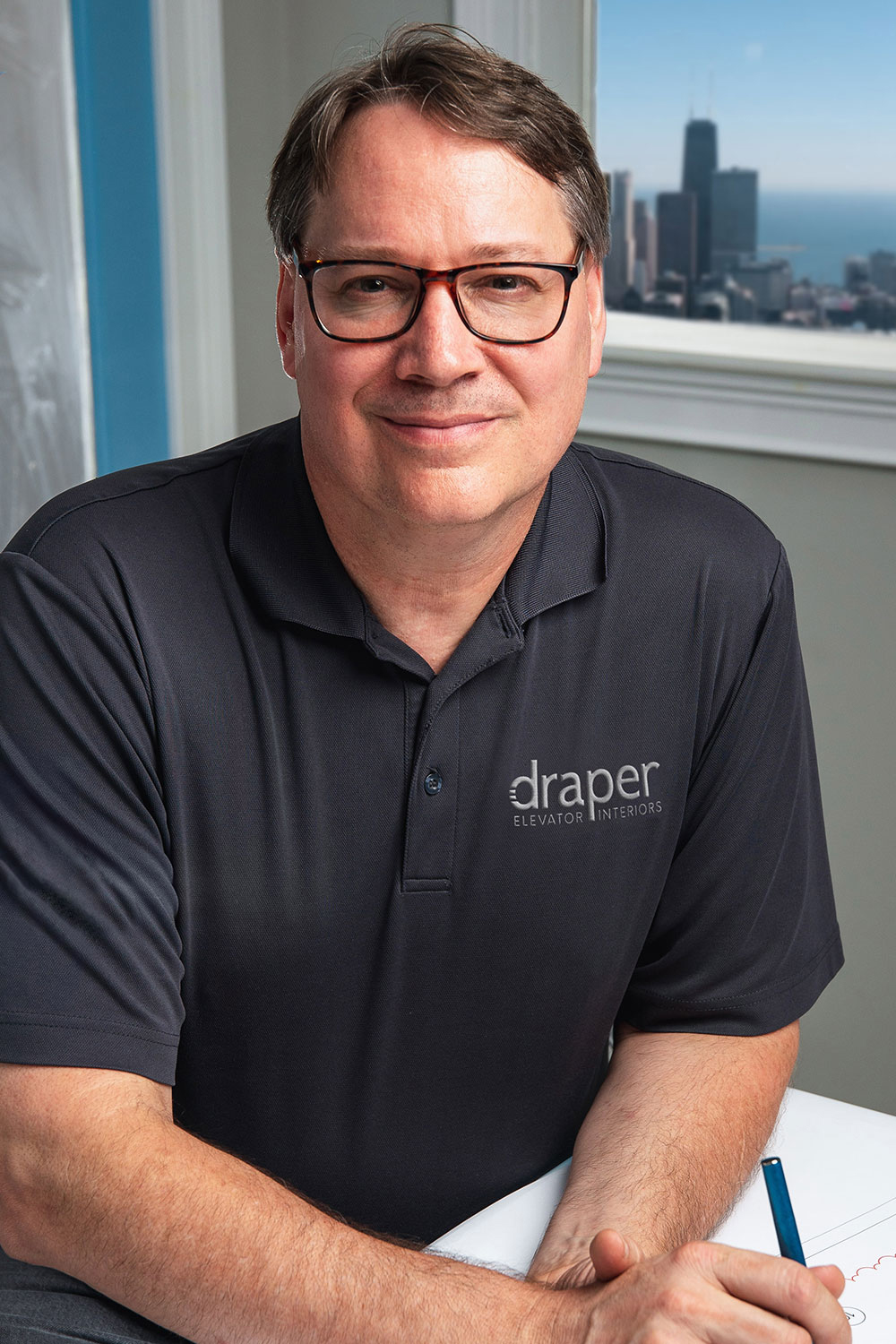 Doug has close to 30 years of experience in the metal fabricating industry. In 1993, he began his career in the field as a CNC machinist and over the years has progressed to CAD/CAM programming, architectural detailing, engineering and project managing.

He has completed studies in a range of courses from technical mathematics at Northern University to studying management information systems at Worcester Poly Tech. He is practiced at Solid Works and AutoCAD.

Doug joined Draper Elevator Interiors in 2014 as an engineer and has since advanced to General Manager, which includes business development, overseeing operations and personnel. He encourages an open work environment for communications and innovations with hopes that the staff will flourish and enjoy their time at Draper.

Outside of Draper, Doug enjoys playing guitar with a Boston based band, recording / producing music for other bands and spending time with his family. In 1993, he obtained his pilot’s license and enjoys flying whenever possible.

Happy Thanksgiving from all of us at Draper Elevat

Save the date for the 3nd Annual Elevator Social o

We are very excited to announce we have added Laur